“Yawn! Guys! Wake up!” I said, as soft as I could. “What is it, Shadow?” asked Lavender. “Remember when we were outside discussing adventures for today?” “yeah? Have you got an idea!?” asked Lavender, getting even more excited and curious. “WERE GOING INTO MINECRAFT!” 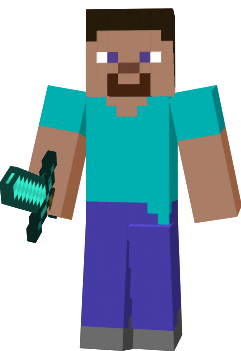 I shouted. Midnight and Mary woke up, “how are we supposed to to that?” asked Midnight. “THIS!” I show a cool computer outside. On top of it, it said: N+L gaming! It stands for night fury+light fury gaming! “DAM SON!  WERE DID YOU FIND THIS?!” asked Midnight. “Well, I made this with my father when I was a boy. It will take us to MINECRAFT!” “Ok lets goooo!”

“Everybody got a sword?” I ask. “Yes and what are we even using swords for?” asked Lavender. “You’ll see!” I say “uh, hey man, hate to break it to you but the sun is setting, and you know what that means.” said Midnight. “I know, get ready to fight mobs!” I say. “Uh, what exactly are mobs?” asked Mary. “Well they’re monsters. Zombies, creepers, skeletons, and spiders.” replied Midnight.So we sliced and diced the mobs until morning!“Let’s make a mine!” said Midnight. “Ok!” we all say. We were mining for a little while. Then… “what’s this?” asked Lavender. “IT’S IRON! DIG IN EVERYBODY!” Midnight shouts with excitement. “We can make better stuff with this!” I say. Soon we made full armour sets, pickaxes, and swords!

We were having so much fun that I sang a song about it to my friends!

Playing Minecraft,
here with my best friends.
Getting good now,

Just then Mary saw something shiny in the mines. Something blue! “Dam son” said Mary. “I’VE HIT THE DIAMOND JACKPOT! “C’mon, there’s no such thing as (the diamond jackpot!) replied Midnight. “Come and see then!” said Mary. We all went to see. It was a cave full of diamonds. “Yes!!!” say. Two hours later… “guys this is what we have!? Full diamond armour! 30 ender eyes each! So much more!” “you know what that means!”  I 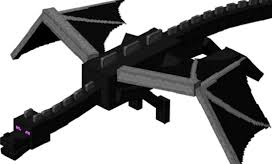 We let an ender eye go! It went to the ground and popped. Let’s dig! I say so we dug down until we found a portal with lava. “Let’s put the ender eyes in!” after that. The lava turned into a portal.  We jumped in like there was no tomorrow. “Whoa!” said Mary! As she jumped in. Soon we arrived. We saw the ender dragon. “CHARGE!!” said Midnight. “WAIT!!!!!!!!!” I say. “HE IS ONE OF US! WE CAN’T JUST KILL HIM!” exclaimed Lavender. “She is right.” agreed Mary. “Don’t just stand there! Let’s say hi!” I said. So we walked up to him. “He growled. “Stay away!” he said. “What is he guarding?” asked Mary “shhh” I shhh.  “WE ARE NIGHT FURY’S AND LIGHT FURY’S. WE COME IN PEACE. WE CAME HERE TO VISIT YOU!” I said. “Very well then.” we said. careful! It was an egg.

Appeared.  It gave a hiss. Then, an explosion around it happened. It was heading straight to Mary. It spat a wither skeleton head at her. She didn’t have time to dodge. She was hit. “AHHHHHH!” she yelped. “No no no! Please!!!!!!!!!!!!!!!!!!!” “he said to Mary. But it was too late a cloud of dust flew around her. She was gone. She woke up in the real world because it was virtual reality.

“I started this.” said Midnight “and now i’m going to end it. YAAAAAAAAAAA! “The wither hissed. And spat 2 wither skeleton heads at him he used them like stepping stones. He was doing a flip on each one! Then on the last flip. He stabbed the wither right in the middle head! The wither exploded. And then Mary appeared! She was back!!!!!

A nether portal appeared in front of us. It was strong with obsidian. So we didn’t bother to break it. On top of it it said: WAY OUT. “let’s go in!” yelled Midnight. We all agree on going in. SUDDENLY! We were getting sucked closer to the portal. “Looks like we don’t have to jump in ourselves!” said Midnight. SOON… we were at Mary’s house. on the ground! we look out the window and it was dark. we went to sleep.